This case concerned a Romanian labourer, living in London. 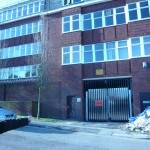 He suffered a serious hand injury, in an accident at work.

The accident happened when he was manoeuvring a trolley containing plasterboards.

Without warning, the side of the trolley broke, causing the plasterboards to fall onto him.

As a result he suffered a broken right leg and crushed left index finger, the tip of which had to be amputated.

The client got the job at an unofficial labour exchange, outside a pub in Cricklewood, North London.

Immediately before accepting the job, he had been out of work for several days. 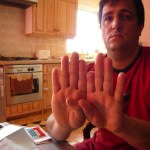 On the morning of the accident he arrived at the pub car park, hoping to be offered a labouring job.

At around 7 a.m. a pickup arrived, containing two Romanians.

They told him that workers were needed for a job in Luton, a town about 20 miles north of London.

£50 per day was offered verbally. The client accepted this, and so they hired him.

The Romanians then drove to Luton, where the client started work at 8 a.m.

The job consisted of the refurbishment at a large office building.

Working there were approximately 15 men.

Among these were 4 Romanians, and the remainder were a mixture of different nationalities.

Upon arrival, the client was put to work straight away, transporting plasterboards.

The plasterboards came in through a window. A forklift truck was parked outside the building, and this repeatedly lifted pallets containing plasterboards up to window height.

Together with the other Romanians, the client would then reach out of the window and slide the plasterboards into the room.

They would then place the plasterboards onto a trolley. 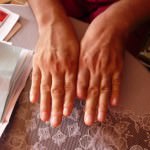 The trolley had 2 fixed wheels, and 2 swivelling castor wheels.

At one side of the trolley was a barrier, designed to hold the plasterboards in place.

The client received his instructions from a foreman, with the assistance of an interpreter.

The accident happened when the trolley was full.

The client was in the process of turning the trolley from the back end, before moving it away.

Another Romanian was standing on the other side, simultaneously pushing the front end round.

As they did so, the barrier on the side of the trolley suddenly broke. The plasterboards then collapsed on top of the client, who was trapped underneath.

Three fellow workers helped to get him free.

The company ordered a co-worker to take the client to hospital in Luton.

The tip of his left index finger could not be saved, and this injury is shown in the photographs.

About the compensation claim

The client approached me to legal advice. He gave instructions to pursue a claim for his accident at work.

Unfortunately, as he did not speak English and had been recruited casually, the client did not know the name of the company that had employed him.

No documentation had been provided to him.

I therefore did a Land Registry search, which revealed the owners of the building.

A letter of claim were sent to them, which they ignored. I therefore issued an application for pre-action disclosure against that company and successfully obtained an order.

The company ignored the order as well. In fact, they refused to pay the costs until a further application was issued. Eventually these costs were paid.

Incredibly, the company denied all knowledge of the accident. This was despite having arranged for the client to be taken to Luton Hospital following the accident.

Robust correspondence followed. Hospital records were obtained, proving that the client had attended at Luton Hospital, and so he was telling the truth about his accident at work.

The defendants continued to deny everything. They said they had never even employed the client in the first place.

It then emerged that the company was without insurance.

Furthermore their main asset, the office block building, was in deep negative equity.

This meant that was no prospect of getting compensation, even if we won the case.

So with reluctance, the claim had to be abandoned.

A more disturbing case is difficult to imagine.

After accepting employment in good faith, the client became injured, after which the company cynically disowned him.

The director of the company is a high profile property developer. He is currently involved in a string of other projects.

Behind him he leaves a Romanian labourer with a serious injuries, and with no opportunity of obtaining redress.